The COVID-19 lockdown held a different story for the Godwin Iyobosa (pseudonym) family.  Mrs Iyobosa birthed a baby girl during the lockdown with joy oozing in the family. However, after the COVID-19 lockdown was eased in August 2020, Mr. Iyobosa insisted that his three-months-old daughter, Idia, be circumcised as such is the practice for every girl-child in his home town.

Mrs. Iyobosa, who was circumcised as a child and had realized that circumcising the girl child is a violation of the rights of women and girls, insisted that Idia will not be circumcised, with the issue leading to rancour in the family.

While Mr. Iyobosa was upset that his wife was not ‘submissive to his wills and desire as the man of the house’, Mrs. Iyobosa sought the help of a child rights group to intervene in her family matter.

The wife consulted Bose Ironsi, Executive Director of Women’s Rights and Health Project, WRAHP, due to her role in the advocate against Female Genital Mutilation, FGM.

Ironsi’s intervention and explanation on the dangers of FGM made Godwin changed his mind and Idia was not circumcised. The battle was won, but the question remains; how many more ‘Iyobosas’ are there, who do not have direct access to ‘Ironsis’ and eventually have their daughters circumcised? 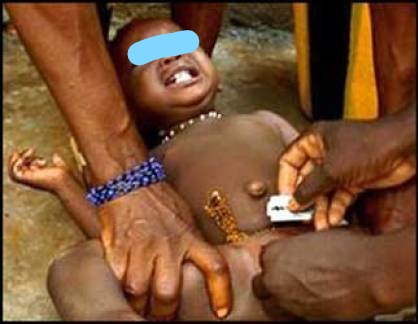 Prevalence of FGM in Nigeria

Though FGM is practised in more than 28 countries in Africa and a few scattered communities worldwide, its burden is seen in Nigeria, Egypt, Mali, Eritrea, Sudan, Central African Republic, and the northern part of Ghana where it has been an old traditional and cultural practice of various ethnic groups.

According to the Nigeria Demographic Health Survey 2018, the prevalence of circumcision seems to be decreasing in Nigeria as only 14% of women age 15-19 have been circumcised, in comparison with 31% of women age 45-49.

By ethnic group, the prevalence of FGM is highest among Yoruba women (35%) and lowest among Tiv and Igala women (1% each) and urban women are more likely than rural women to have experienced FGM (24% and 16%, respectively).

Women in rural communities believe that FGM is required by their religion and that it should be continued.

The survey also revealed that the prevalence of FGM is highest in the South.

Described by WHO as a violation of the human rights of girls and women, FGM is still practised in some communities in Nigeria, and sadly, evidence from the National Demographic Health Survey (NDHS) has shown that some parents go as far as engaging the services of health-workers to conduct FGM on their female children; previously nearly all FGM acts were carried out by traditional circumcisers.

Sylvia Chioma, Project Coordinator, the Girdle Network, an NGO that runs an online and field awareness programme to sensitize Nigerians about the complications and criminality of FGM, who argued that there is no known benefits of FGM stressed that parents who circumcise their daughters are exposing them to numerous risks.

According to her, “FGM harms girls and women in many ways because it involves removing and damaging healthy and normal female genital tissue, and interferes with the natural functions of their bodies.

“And unfortunately, many women are not aware that the health problems they experience later in life are caused by FGM,” she added.

Highlighting some of the health challenges that could arise from FGM, Chioma noted that, “women who are circumcised could experience difficulty in urinating, menstrual problems and or Painful sexual intercourse.”

She also noted that there is high risk of contracting HIV/AIDS.

Melony Ishola, Broadcast Journalist and Anti-FGM Advocate, disclosed that, “FGM has both short-term and Long-term health risks and could occur at any time in one’s life

“The effects could range from Shock, Urination problem, Genital Tissue swelling, infections and even death.”

Ishola stressed that “the practice of FGM is always a violation of human rights, with the risk of causing trauma and leading to problems related to girls’ and women’s mental health and well-being.” 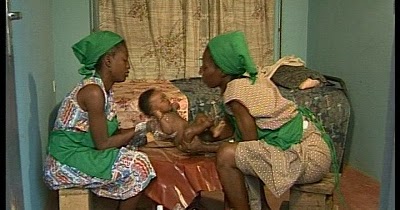 Is Nigeria Winning the Fight Against FGM

In Nigeria, FGM is being tackled by WHO, United Nations International Children Emergency Fund (UNICEF), Federation of International Obstetrics and Gynaecology (FIGO), African Union, the Economic Commission for Africa (ECA), and many women organizations.

The context of universal health coverage and respect for human rights under the 2030 sustainable development agenda mandate that stakeholders address FGM regardless of individual circumstances, cultural or social norms.

Sylvia Chioma could not ascertain if the practice is reducing, as many people circumcise their girls at younger ages amidst greater secrecy.

However, Chioma believes that “we are winning the fight against people, who hitherto, believe that FGM is a thing of the past. There was this backlash we received from Nigerians that we are campaigning against an ‘abandoned tradition’ but with our peculiar awareness, we were able to open their eyes and sanitise their mentalities that FGM is still being practised in Nigeria.

“We even referred them to the UN’s statistics that Nigeria has the third-highest prevalence of FGM in the world.

“Our consolation is that most of the doubting Thomases are now active in the fight against FGM, and hopefully with their own participation, FGM will be a thing of the past in Nigeria,” she added.

Bose Ironsi of WRAHP also believes that the fight against FGM is gradually yielding fruits, as a result of continuous efforts from various organizations campaigning against it.

“FGM was very rampant but gradually, people are beginning to talk about it, we’ve made inputs and a lot of progress has been recorded in that regard.” 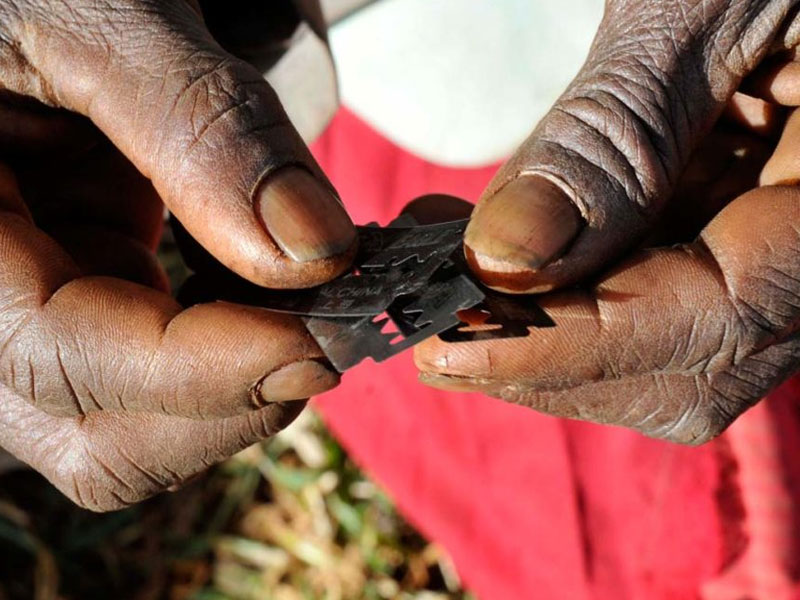 Can FGM End In Nigeria?

Consistency and direct engagement with community members, according to Bose Ironsi, are the factors through which FGM can end in Nigeria.

“We need to be consistent with our information and sensitization on the dangers of FGM.

“We should also engage community members directly, not just through TV only, as most of the perpetrators don’t even watch TV.”

Ironsi highlighted the roles health workers play in cutting girls and noted that the campaign against FGM should also capture health workers.

She also added the importance of engaging traditional and religious leaders because “some people believe it is their culture or religion that supports FGM. If their leaders are engaged, it would be easier to change the perception of the perpetrators.”

Chioma believes that “FGM would end but the greatest challenge against FGM in Nigeria is the nonchalant approach of some Nigerians, who believe that FGM is not being practised in the country.

“There was this young lady – 21 years old – who had been shouting that FGM ‘died before she was born’ but she messaged me some days later to say she was shocked to learn that her parents had her circumcised with her 7-year-old sister.

“With such mentality held by lots of Nigerians, I don’t see FGM ending soon. Many Nigerians don’t even know that FGM has been medicalised. We can say it has been medicalised because health professionals circumcise girls and women with the belief that they have the knowledge and hygienic environment to prevent any complications.

“But do you know that ‘no doctor’ was trained to circumcise women – it’s not even part of their course! They cut girls and women, just like that. I think Nigeria has the fifth highest prevalence of medicalisation of FGM in the world.”

Role of Governments in the Fight Against FGM

Currently, WHO Nigeria is working with Government and professional associations of health workers to stop medicalisation of FGM.  National guidelines and clinical handbooks have also been adapted in-line with WHO recommendations to build the capacity of health workers to treat complications associated with FGM.

According to Dataphyte, a research and data organisation, only thirteen states and the FCT have adopted the VAPP Act out of Nigeria’s 36 States. The States are Oyo, Ogun, Lagos, Osun, Ekiti, Edo, Anambra, Enugu, Ebonyi, Benue, Cross River, Kaduna, FCT, and Plateau.

The Executive Director of Women’s Rights and Health Project noted that, “there is need for State Governments, in the state where there are no laws, to put up laws that would criminalize FGM. Relevant laws, such as the VAPP Act should also be domesticated in states.

“In 2018, WRAHP translated the Edo State law against FGM in local language, and we distributed it to over 5,000 community members. This was to help them understand the law and know the consequences if they breach it. This to a large extent, reduced the prevalence of FGM within the community,” Ironsi added.

Chioma said, “we need more commitment of the government to tackle FGM. Making legislation against FGM is not enough, there is need to go to communities and sensitize them about the complications of FGM.

“Government needs to step up their acts against FGM,” she added.