AISHA SALEH: A DREAM DEFERRED  No ratings yet.

Aisha Saleh and Betty Abah at the 2017 Summer school program at Monkey Village, after CEE-HOPE's arts class for about 100 children

0
SHARES
76
VIEWS
FacebookTwitterWhatsAppMail
This morning in Geneva, Switzerland, the United Nations declares open the three-day International Children’s Conference. It’s an all-important conference marking the 30th anniversary of the landmark UN Convention on the Rights of the Child (UNCRC) and drawing hundreds of children and dignitaries from across the world.
Children, policy makers, heads of UN agencies, local and international NGOs, representatives of governments, celebrities and children activists from around the world are converging, conversing and networking in Geneva as we speak.
Aisha Saleh, 14-year-old Nigerian representative, to have been accompanied by her father and staff members of a sponsoring international NGO would have been part of this historical occasion. It was not to be. Passport officers at the Immigration office at Ikoyi, Lagos, said we lied when we made efforts to process her international passport. For three weeks they refused to capture her basic bio-metrics into their system, refused to process the passport, rather they seized all her original documents. No amount of letters, documents,  affidavits shown them, upon their asking, could suffice. Neither could excellent school results (she has never taken anything other than first position her entire school life) nor other publications testifying to her intellectual acumen and community activism. They accused our staff and volunteers of attempting to traffic her. They couldn’t imagine ‘a poor girl’ like Aisha (with a poor-looking dad) being a valued guest of the UN and representing Nigeria. Instead, they set up a panel to probe her and her ‘accomplices’ for alleged child trafficking. When she got the passport after intervention from people ‘above’, it was just too late.
The whole facts are already out there in the public domain. She missed this golden chance. We are taking the appropriate steps to redress this injustice at the instance of our Board asap.
So, this morning, rather than being picked from her five-star hotel room (already booked and the evidence shown the passport officers) to go engage the world and explore opportunities via the conference, Aisha slung her school bag across her fragile shoulders, clambered out of the rugged terrains of Monkey Village, Opebi, Lagos and headed back to school. To dream yet again. A golden opportunity crashed before her dreamy teenage eyes.
The dream isn’t dead, folks; it only suffered a momentary set-back. This genius shall rise yet again!
Thanks, Dr. Obiageli Oby Ezekwesili, Kadaria Ahmed Mr. Godwin E Morka of National Agency for the Prohibition of Trafficking in Persons (NAPTIP), staff of the vice president’s wife’s office, Moji Danisa, Lara Wise, Emmanuel Ogbeche, Esther Ijewere, Mayokun Akpoterabor, Kate Halim and so many of you who put in a word for Aisha to the relevant authorities, the Swiss embassy in Abuja or on social media etc. THANK YOU.
Thanks so much, Uncle Lekan Otufodunrin  our wonderful BOT member,  and staff and volunteers who worked virtually round the clock for more than a month on this cause: Okeson Oche Onu, Oladunjoye Blessing, Rhoda Adonai-Tosin, Tope Adeyemi (Tope Bass), Bimbo Oshobe. THANK YOU!
Profuse appreciation to everyone who have rooted for Aisha. The dream isn’t dead. Again, it’s a mere temporary setback.
In her words ‘more opportunities will come.’
God bless you.
–Betty Abah

*(Featured Image – Aisha and me at the 2017 Summer school program at Monkey Village, after CEE-HOPE’s arts class for about 100 children, about a year after we discovered her. Besides been an academic genius and polyglot, speaking five languages, the JSS three student of Opebi Grammar School is also an arts guru as seen by the paper handbag and crown she made for herself.) 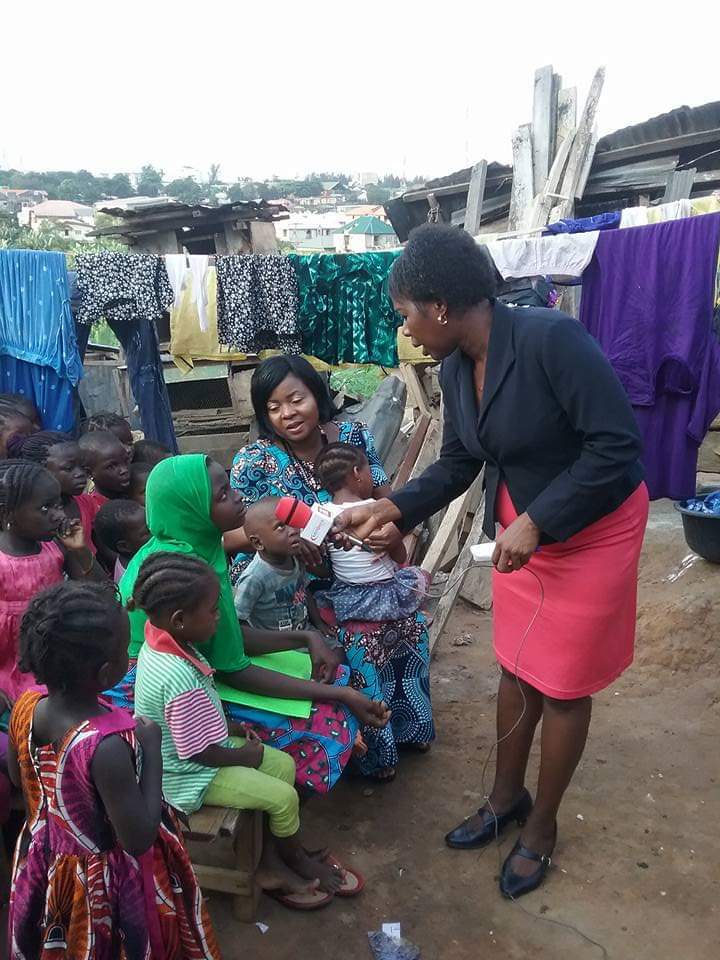 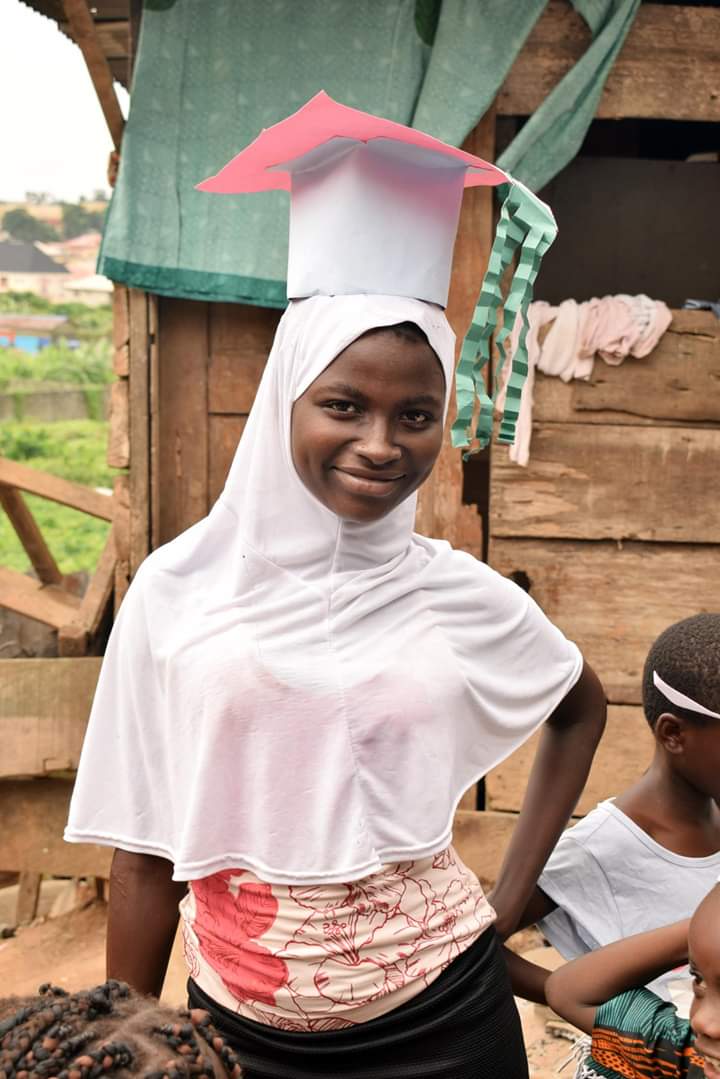